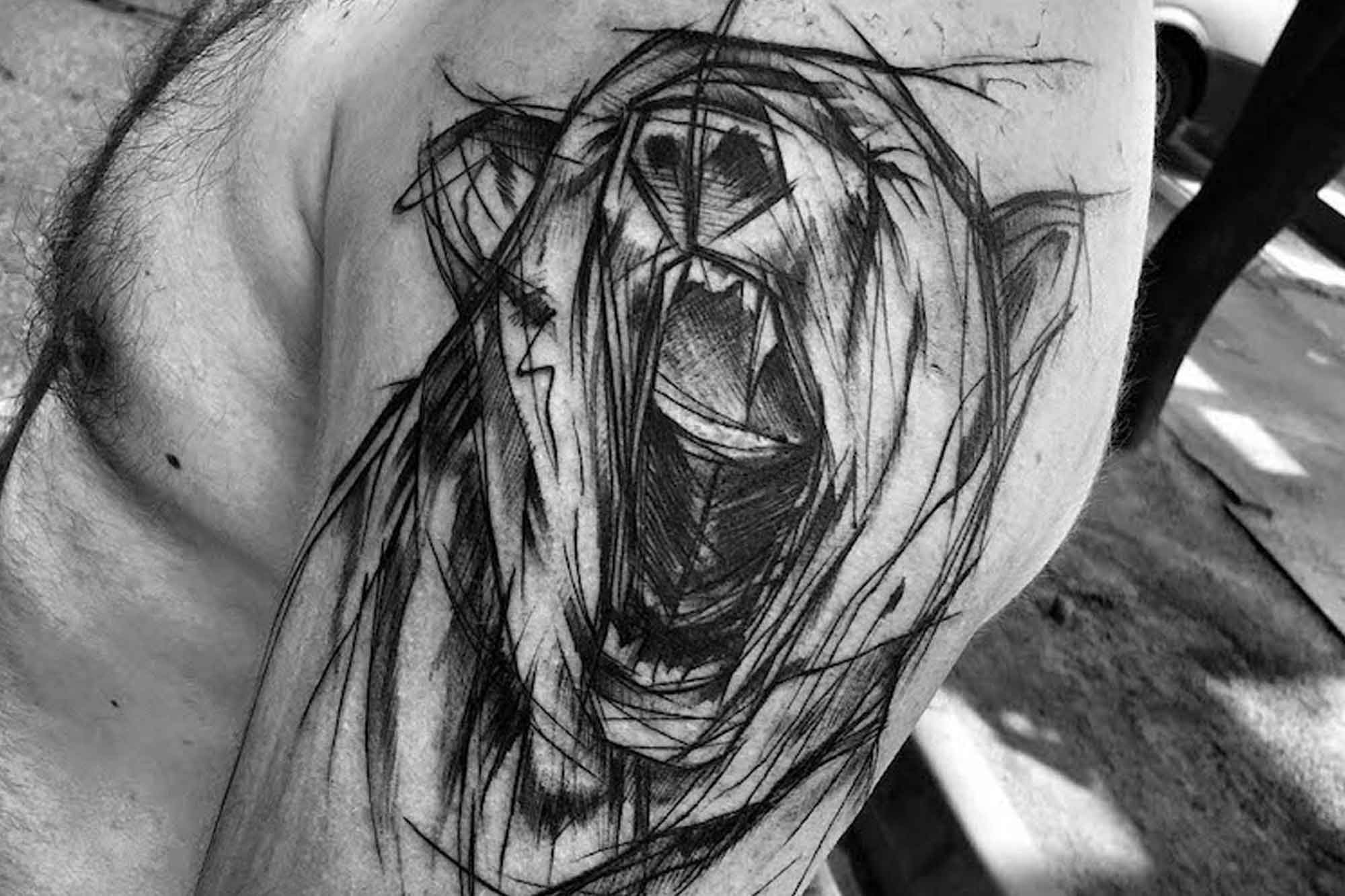 These incredible blackwork sketch tattoos are the work of Polish artist Inez Janiak, who has amassed a significant Instagram following by regularly sharing images of her spectacular pieces. Treating the skin as her canvas, Janiak’s tattoos seem to dance across the flesh, with broken lines and shading giving the illusion of charcoal sketches. The pieces are often tinged with a dark, Gothic feel, but remain balanced by the light, feathery strokes that create depth and movement.

Her ability to change the emotive force of each piece is significant. A growling bear snarls aggressively enough to make you think twice before approaching its owner, while a dancer’s hair twirls around her, lost in the enthusiasm of her movement. Janiak’s work also takes on a geometric quality, with the raw sketches revealing the shapes and forms used to compose the overall figure. Whether tattooing animals, elements of natural, or human figures, her distinctive style is instantly recognizable.

Janiak is primarily tattooing out of the Od Świtu Do Zmierzchu studio in Lódź, Poland, but the artist has taken to Facebook to hint that she may be heading to the UK for some guest stints in the coming year.

via My Modern Met

Thank you! Your submission has been received!
Oops! Something went wrong while submitting the form